It has been about 5 years since I have written about the situation of cigars in San Jose (Cigar Hunting in San Jose Part 1 & Part II), Costa Rica, however I consistently get site visits to those pages and questions about the current state of affairs. Although I have been on a hiatus from writing on my blogs (here and www.boozelover.com) I am going to try to get back into the swing of things and felt this would be a good follow-up post. 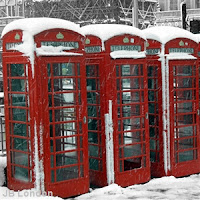 On a personal note; over the past five years my life has been a bit up-rooted both personally and professionally. Although I still love cigar smoking, I have gone from smoking two or three (or more if drinking) a day to three to four a week. I have also picked up wonderful addiction to Swedish Snus (I will write more about that later). My taste for snus came about on a work trip to London. On my trip to England there were two factors at play, 1) law does not allow you to smoke inside most any buildings, and 2) it was bitter cold at that time of the year. Smoking outside was  flat-out painful. By the time I finished my cigar, the cold had eaten my buzz and chilled me to the bone. Ironically, I found Snus to be a great alternative to lighting up in the frigid air of The Old Smoke.

Over the past fives years there was quite a bit of movement in the world of cigars in Costa Rica. Five years ago there was an Official Habanos distributor and a variety of small cigar brands popping up. Some lines doing a better job then others, but there were a bunch (mostly white-label attempts). We have seen a bit of a revolution on both fronts. Most of the small brands have fallen to the wayside and a new Habanos distributor has moved in and taken a aggressive and positive approach to the distribution of Habanos in Costa Rica.

First, talking about the cigars produced in Costa Rica you will still find a variety of brands here, however the quality has taken a wrong turn and the number has declined. From what I have heard, access to the quality prime material has become increasingly difficult. The top brand made in Costa Rica, Don Benigno Cigars, continues to be the premium cigar it always has been, but it is far above the rest. Things, however, are ever-changing, and if you hear of something new be sure to let me know so I can check it out. Some of the brands are so small that they often stay unknown even in a small community like Costa Rica.

Moving forward to the subject of Habanos (i.e. real Cuban cigars) in Costa Rica.... There was a bit of the changing of the guard over the past fives years. The previous distributor of Habanos lost their contract. There was plenty of rumor floating around as to what happened, and I heard both sides of the story. I think fault probably lands on both sides, however the result is the same; We have new representation for Habanos in Costa Rica, and this is not a bad thing.

There is a team of partners, Cruzcanela Exclusive Tobaccos, that have taken over here and are very in tune with the idea of keeping fakes out, and in making it easier to identify authorized dealers in Costa Rica. They have instituted a numbering system, that only authorized retailers will hold. You can compare the number they display with their website to make sure that the dealer is who he/she says he is. Although this system is not perfect, this is a great step in combating the rampant falsification of Cuban cigars in Costa Rica. I applaud these guys for taking on this approach as opposed to accepting the status-quo.

The team has opened up a store front in San Jose (specifically in Rohrmoser east of the United State Embassy). It is an official Casa del Habano. This is not the first time that we have seen this done in Costa Rica, but the location and the approach seems to be spot-on. The only complaint I have heard is that parking is not easy... but then again, welcome to Costa Rica.

According to their website, they have a VIP room, lockers, a bar restaurant, and of course a cigar store stocked full of Habanos. This should be a unique destination for nationals and tourists alike. Check out this link to their Photo Album-  the place looks great. I have got to check this place out.

One thing to keep in mind is that Habanos are top-of-the-line cigars, and they are not cheap (but good cigars are rarely be cheap). This is not a location to visit if you are looking for $1 cigars. If you are going to invest in some, be prepared to pay.

All of this good news, of course, has it's catch- there are still TONS of fakes in Costa Rica. Many of the same things as have wrote about before and more. For real Habanos, there is number one rule world wide- DO NOT BUY CIGARS ON THE STREET. Follow that rule, and you will eliminate a good percentage of the problem, however be sure to also make sure that your retail outlet is numbered. If you ever have any issues with one of their retailers, I am certain that the team at Cruzcanela would prefer to hear about it. As for other Costa Rican cigars, feel free to try what is out there, and let us know if you find something interesting- however you can never go wrong with a Don Benigno.

If you are looking for Cigars in San Jose, Costa Rica (and even many of the beach areas), the good news is that you will not have a problem finding them. So investigate and enjoy... and be sure to treat yourself.