What the hell is Snus? 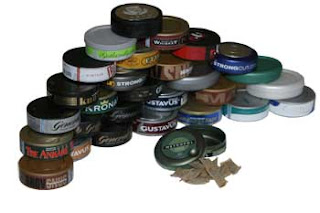 As I mentioned a the post few days ago, I have been smoking far less. As much as I still love smoking cigars, my work schedule now does not permit a the 20 minute purito smoke break every day. My cigar smoking is usually when I am out drinking with the guys (location permitting, and we are on track to be as screwed here in Costa Rica as the rest of the world). 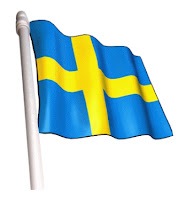 I had tried Swedish Snus for the first time about a year and a half ago at the Punta Cana Poker Classic 2010 when a Swedish guy that was at my table offered me some. At first I treated it like dip, and I did not want to swallow. In fact, another guy at the table tried it and had to make fold his hand and make a dash for the head, so I was all the more cautious. It was good, but I had plenty of cigars and was doing plenty of drinking.

Then the London trip came about in late January of last year.  It was cold and windy, especially at night, and smoking in the frigid air was brutal. This time snus played a whole different role. Before I left for home, I was give several can/tins... I started smoking less, and when I ran out, I bought more.

Snus is a variation of chewing tobacco that is processed differently than what I had seen in the United States. Although the presentation seems similar to dip, it is spit-less and obviously lighter. Apparently this is because it is dry cured as opposed to fermented, however in my opinion- whatever they do creates an excellent product. My father chews Red Man (owned now by Swedish Match) and by brother chewed Kodiak, and I can assure you that it is quite different (positively).

Snus is placed in the upper lip, and the portion sizes are much smaller and very subtle. In fact, I would say the portion is so discreet that most people have no idea that I have one in.

Dip style chewing tobacco usually brings about thoughts of mint flavorings, and there is snus that shares those flavors, however there are so many variations and other flavors that it is really incredible. It has been interesting finding a handful of ones that I prefer. I will go into that a little later.

I have bought from a couple places, both online, however I have been very happy with Snus Central. Snus Central not only has an excellent online store, but they also have lots of information on their .org site including news and an online forum. People tend to get a little 'snus crazy,' like the thread What's in your mouth right now?, but the forum is helpful and everyone seems well-intentioned. 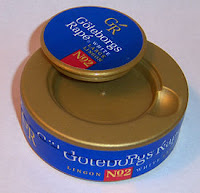 Snus comes generally in a small tin/container (called a dosa in Swedish) usually made out of plastic. There are three main ways the tobacco will come inside the tin; loose, regular portion, white portion. I prefer the white portion as it is the cleanest looking, and it just is what I prefer. Many brands have added a great feature to the design which is a small 'ashtray' compartment on the top. This makes disposing of a used portion inconspicuous if you are not near a trash bin. 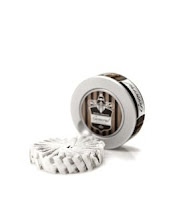 In terms of portions, I have tried all three and some of their variants. Loose snus is the same thing that we find in the portion snus, but it is 'loose' in the tin and you need to form a portion using your hands and fingers. I do not mind this style of snus, however it fails to offer the covert advantages that snus can offer. Next you have the regular portion where you will find a bunch of small bags of tobacco; usually 24 to a tin. These are fine, but compared to the white portion they look more rustic and a bit less refined (even though the tobacco inside is essentially the same). The white portion is just that; 'white.' because the bags have not been stained by the tobacco [yet]. Swedish Match wite portion also come in a start portion and each bag is like a little wedge that fits perfectly between the upper lip and the gum. In my opinion, swedish match's white portions (and there are many) tend to be my favorite.

My favorites thus far have been (all by white portion and by Swedish Match); Göteborg’s Rapé, Ettan, Tre Ankare, and Röda Lacket. Ettan and Tre Ankare have a similar tobacco taste, however Röda Lacket has a slight fruit essence and  Göteborg’s Rapé has an herbal undertone that they claim is of bergamot orange. However, I every time I order I get a couple tins of something new.

If you have an interest (or need) to smoke less, and would like an excellent alternative, be sure check out Swedish Snus (not Camel or Marlboro which I have also tried), and see what you think.